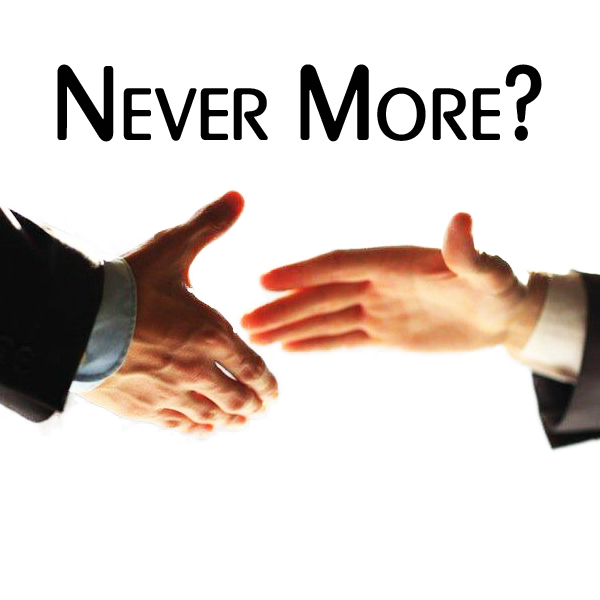 A friend of a friend told me that the “Handshake” began in merry old England. It was supposed to show the other person that you were without a weapon. It seems to me that it might not have worked if your enemy was left-handed.

Anyhow, I decided to look this up, thinking it might be right or just another urban myth. Well, it turned out to be partially true and interesting.

The Origin of the Handshake

The history of the handshake dates back to the 5th century B.C. in Greece. It was a symbol of peace, showing that neither person was carrying a weapon. During the Roman era, the handshake was actually more of an arm grab. It involved grabbing each other’s forearms to check that neither man had a knife hidden up his sleeve. Some say that the shaking gesture of the handshake started in Medieval Europe. Knights would shake the hand of others in an attempt to shake loose any hidden weapons.

Well after all these years, the handshake may be dead and gone. Not only does it not help us figure out whether someone is armed, but it also spreads germs and viruses. I can’t say that it bothers me as I am not real fond of touching people I do no know. Now I have an excuse.  😎

Frankly, I much prefer a wave and a smile! Hope this little ditty made you smile.

Categories: About Us!, Did You Know?
Tags: handshake, urban myth
Login